My thanks to the lovely and talented Jess Russell (http://jessrussellromance.com) for "tagging" me and allowing me to participate in this fun blog tour this month. It has been terrific cheering Jess through this process and watching her book The Dressmaker’s Duke come to fruition! 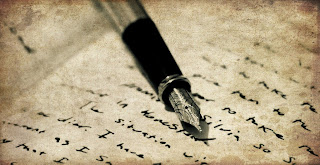 What am I working on?

My debut erotic romance for Carina Press, Words of Lust, was the first in the Stellato Siblings series. Set in NYC, each of the 5 Stellato brothers and sisters enjoy his or her own tumultuous romance (Book #2, Alberto Stellato’s Hot In the City is with my editor now!) and I am currently deep in Book #3, (working title) The Fire Down Below, on tormented middle brother, Vincenzo Stellato. Vin is an FDNY Lieutenant, still dealing with the trauma of 9/11, which occurred during the fall he began his rookie year. He's closed himself off from love and only "plays" the BDSM games he craves with women who aren't looking for permanence. Then he encounters Nell Grant. Daughter of a theatre family, she comes from a long line of actors, but the new show in which she stars, "Decadence" threatens to upset more than just the critics. Its dark themes speak to her own desires - desires she has not yet explored. When the two meet, it's a sexual conflagration the two agree to enjoy. Without entanglements. But these two intense souls make a connection that soon leads them to a much deeper emotional relationship even as danger threatens Nell from an unscrupulous developer who is determined to force the Grants to sell their Broadway theatre.

How does my work differ from others of its genre?

This is not to say that I don't write heightened and intense love stories. I am a true romantic at heart and I find the two are mutually beneficial. Intense sexual levels drive, and are driven by, intense emotional states. Vincenzo's own emotions and psyche as a first responder during the horrific attacks on NYC are inextricably entwined with the darkness of his sexual yearnings. Nell may appear to be a cool and sophisticated career woman who has it all together, but what she wants from a man is diametrically opposed to the image she presents to the world - and that the world expects! Nothing about my characters is ever simple, or easy. They fight for everything they desire - in bed and out!

Why do I write what I do?

Because I love it. Plain and simple. Humans are sexual beings. Even from some of my earliest adult readings as a teenager (Kate Millet, Erica Jong) I’ve loved seeing sexuality expressed in so many ways - from vanilla to kinky and every shade in between. I've read romance for decades, and have always been drawn to the more sexually explicit and intense love stories, be they historical, contemporary or paranormal. When I discovered there was an actual genre of erotic romance that pushed all those lovely boundaries, penned by authors like Thea Devine, and later Eden Bradley, Lora Leigh, Jaid Black and more recently Maya Banks, Shayla Black, the awesome Jeffe Kennedy, as well as the terrific Stark trilogy by J. Kenner, well, I was a thoroughly happy camper! I continue to cheer the growth of the genre and its acceptance by the reading public.

How does my writing process work?

I'm what writing folks often call a "pantster". I write from the germ of an idea, a vision of two lovers, and the incredible setting that I work and live in - Manhattan. They say there are a million stories in the "naked city", and I've tweaked that to say there are a million naked stories in this city. My story ideas can be prompted by a news article, someone I see in passing, and dozens of other places. I'm very much a "what if" plotter (as Stephen King has made famous!) and as a former actress, I am very character driven. I refer to myself as a “method writer” - What would my heroine do if she finds herself in a particular situation? How would my alpha hero react if such and such were to happen? I love crafting complex characters and then I take the journey with them. As I evolve as a writer, I've discovered the benefits of plotting out a bit more than I originally did, but I am still not a major outliner and I enjoy the flexibility of allowing my characters to find their way to the various milestones in their romance. In other words, I give them the stops they’re going to make, but there’s no GPS. The journey is their adventure!

Once I've completed a novel (and mine tend to run long - I enjoy complex sub-plots, social issues, and investing in a cast of supportive and reflective secondary characters to populate my lovers' lives), I then begin my own editing process and have specific things I work on in each re-write pass. For example, one draft may be focusing on the characters’ emotional relationship. Another on the nuts and bolts – grammar, spelling and so on. Generally 8 drafts or so later, I have a book ready for submission.

With each book, I learn more and more about the process and am enjoying each aspect of it that much more, as well. For me, the editing process is one of discovery. It is a challenge that I love meeting and when I read the finished book I can see where all my efforts paid off in crafting a complex, rich, lively and rewarding love story.

Del Carmen – She writes hot, kinky, satisfying erotica. Visit her at www.mydelcarmen.com
Bronx-born wordsmith Larry Benjamin is the author of the gay novels Unbroken and What Binds Us and, Damaged Angels, a collection of short stories. -
http://authorlarrybenjamin.blogspot.com/

Posted by lisekimhorton at 9:08 AM 5 comments: